When Aero Precision announced they would be doing the Ghost Gun lower after CA Senator DeLeon's hilarious display of ignorance I decided I was going to get one to build an AR pistol on. So when I ordered the PewPewPew lower I grabbed a ghost gun lower also and began looking for the right parts and upper to put into this build.

I had contemplated building an upper but everywhere I looked the shorter barrels were sold out or way out of my price range. Finally I came across the Adams Arms 11.5" Basic Carbine complete piston upper on GrabAGun.com and the price was well within my budget. Even though it came with the standard hand guards installed I wasn't too bothered by that since the Magpul MOE hand guard will work with a piston system and drops right in.

I know there will be some people that will ask why I did not go with the 7.5" upper, I will answer simply with I like the 11.5" barrel length and the fact that it is a carbine length gas system not a pistol gas length. 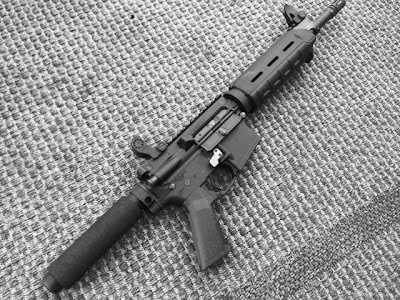 In the picture above you can see almost all of the parts that were used in this build, from the PWS Pistol EBT to the Troy fixed sights this build has had a good chunk of time and thought put into it. Sure there were a ton of other options out there but I am very pleased with how well this all came together. 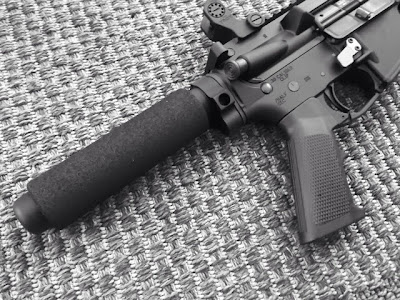 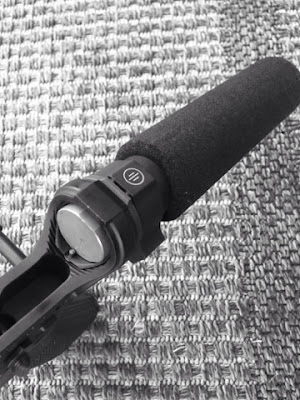 I used the PWS Pistol Enhanced Buffer Tube for the build, I was impressed with how well it mounts up to the receiver and not having to to tighten down a castle nut was a huge plus! The overall quality of the EBT is awesome, you can tell that there is a ton of care put into making them and there is a ton of pride taken by the people at PWS. Installing the EBT showed me just how much better it was over the rest of the tubes that I have used before. Instead of guessing how many turns it would take to hold the detent correctly there is a notch in the tube that sits around the detent while allowing the tube to sit just a bit further in the threads. One of the other things that I really like about the EBT is there are QD sling mounts built right into it, just one more added bonuses to an already well made buffer tube. 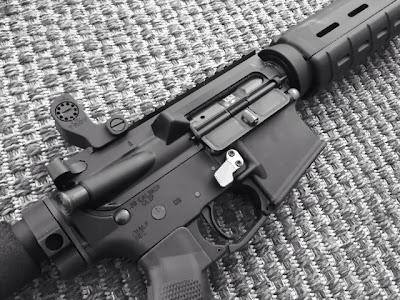 The lower parts kit that is installed came from JoeBobOutfitters.com, it is actually sold under the JBO brand name which is great to see. I swapped out the stock mag release with the ODINWorks XMR (zombie green) this is one part that I have used on a couple rifles now and have had the pleasure to run before they were released, it's a quality part from a great company. 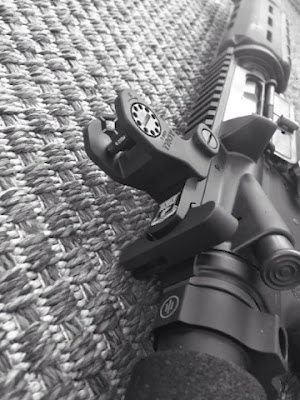 The sights are Troy Fixed Battlesights, the front is the traditional M4 style and the rear is the Dioptic style (which I have come to like after using a few times.) While I would have preferred to use the folding sights I am very happy with how these fixed sights look and fit on the pistol. 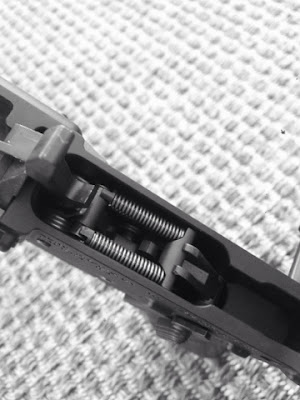 When you take the upper off the first thing you will notice is the Hiperfire Hipertouch 24, with the heavier of the toggle springs installed. I have been using the Hiperfire triggers since December and have run around 500-600 rounds through the 24 and 24C, both have been great performers. I decided to use the 24 in this build because there is no real reason to run the faster of the two triggers in a pistol. The reset is very positive, and the trigger pull is very light with a nice crisp break which makes this a great piece of the overall build. 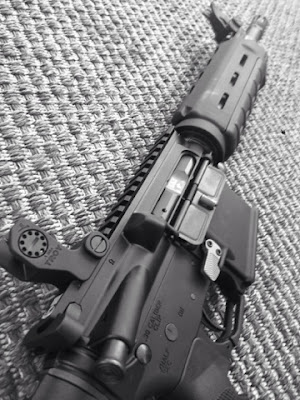 Overall I had a lot of fun planning this build while waiting on the lower to get to my FFL, it of course was even more fun to build the pistol and then take it out to the range and shoot it. I am looking forward to getting my hands on a Sig Sauer SB15 to install while I wait for the SBR tax stamp paperwork to process.

One thing that I will say is that when building a pistol or buying a pistol, look into a quality compensator. The A2 flash hider that came on the Adams Arms upper just doesn't cut it for the muzzle flip that the shorter barrel creates, which on top of not having a stock to shoulder can be a bit uncomfortable but not uncontrollable. Having a quality compensator would help smooth everything out and make it more controllable overall. 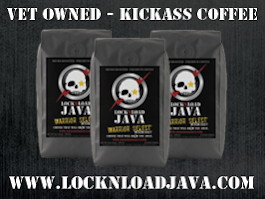